Could Fawkes, Dumbeldore's immortal phoenix, have been in the Garden of Eden or on Noah's Ark?Read the answer in the following excerpt from Harry Potter and Torah, which was printed in the Washington Jewish Week last July:
Was Fawkes the Phoenix on Noah's Ark?
When we think about Noah collecting the animals to bring into the ark, most of us tend to imagine lions and tigers, cows and rams, and other "regular" animals. After all, Torah does not talk about mythical animals like those found in Harry Potter.

Or does it? Might Fawkes the Phoenix have been on Noah's ark?

The Talmud tells the following midrashic story about Noah on the ark:"Noah found the phoenix hiding in the bottom of the Ark. He said to it, 'Don't you want food?' It replied, 'I saw you were busy, and did not want to trouble you.' He said to it, 'May it be God's will that you never die.' "

So we see the magical phoenix quite clearly in Torah literature! This sounds just like Dumbeldore's explanation to Harry in the middle of Chamber of Secrets (chapter 12):

"Fawkes is a phoenix, Harry. Phoenixes burst into flame when it is time for
themto die and are reborn from the ashes."

Interestingly, the same midrash gives a second, very different explanation of the phoenix's immortality: "Eve fed the animals and birds from the Tree of Knowledge. They all listened to her, except for one bird, called the phoenix."

So which is the reason that the midrashic phoenix lives forever? Is it because it did not eat from the tree of knowledge, or because of Noah's blessing?

The second possibility is that the phoenix's longevity was earned in two stages. It lives a long time, and does not die a natural death like other animals, because it did not eat from the tree of knowledge. Then Noah's blessing added to its immortality, either by giving it the process of rejuvenation by burning up and being reborn, or by giving it Divine protection from hunters and accidents.

Many commentaries, however, take all the biblical and midrashic discussions of the phoenix to be metaphorical. The Book of Job, for example, used the bird as a metaphor for long life, and did not refer to actually seeing one. Both the above stories from the midrash can be understood this way, as lessons about the importance of caring for other people's difficulties (the midrash of Noah) and about doing the right thing in the face of a temptation (the midrash of Eve). Each, according to the midrash, merits a lot of Divine reward, metaphorically earning long life or immortality.

Other commentaries say that the phoenix is used by our sages as a metaphor for "the soaring of the intellect, which continues even when man's body becomes weak." Others see the phoenix as a metaphor for the Jewish people throughout history, often appearing "burnt up" but always being reborn.

All in all, the magical phoenix has left us a lot to think about. Anyone intrigued by the existence of magical animals has no shortage of Torah sources for them. And anyone looking for metaphors for a soaring intellect or the everlasting Jewish people need look no further.

But, most important, we see two things that we can think about in our own lives, doing what is right when we're given a temptation not to (as in the story of Eve) and caring that others not work too hard for our own sake (the story of Noah). According to the midrash, these are how immortality is earned, either real or metaphorical. Even without spells or incantations, our own behavior can be as hot as a phoenix. 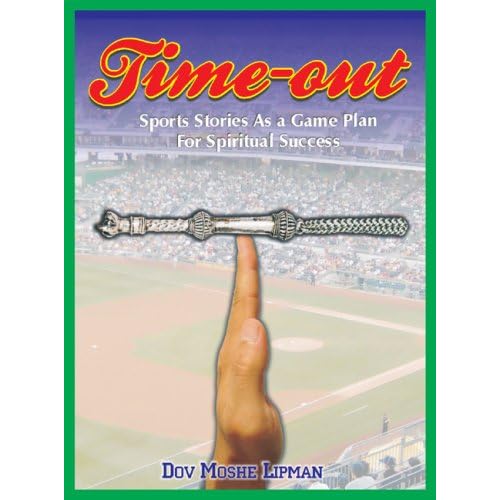 I think that a lot of fans of Harry Potter and Torah will like a new book written by my neighbor Rabbi Dov Lipman, called Timeout: Sports Stories as a Game Plan for Spiritual Success:
http://www.amazon.com/dp/1932687963?tag=hpt-20&creativeASIN=1932687963
The book is a great collection of lessons learned from sports, and how they relate to Jewish teachings. From Michigan's "Fab 5" to Rick Barry to Gilbert Arenas, there's no end to the lessons that can be learned from sports stories.
Enjoy!
Posted by Bruce Krulwich at 8:14 AM No comments:

Harry Potter thoughts related to the story of creation

I hope everyone has a great holiday!

Posted by Bruce Krulwich at 11:21 PM No comments:

If you haven't bought Harry Potter and Torah, now's the time!

Below is the full table of contents. Click here to buy it now!

Posted by Bruce Krulwich at 11:15 PM No comments:

Laws of a Sukkah according to Dr. Seuss

I just came across this on a few other Web sites, and thought that readers of Harry Potter and Torah would enjoy it:

You can make the s'chach of wood (10)
Would you, could you, yes you should

In the Succah you should sit
And eat and drink but never...

1. Maimonides (RMBM) Mishne Torah, Hilchot Succah, Chapter 4, Section 1. The minimum height of a Succah is 10 tefachim. A tefach is a measure of the width of the four fingers of one's hand. My hand is 3 1/4 inches wide for a minimum Succah height of 32 1/2 inches. The minimum allowable width is 7 tefachim by 7 tefachim. This would result in a Succah of 22 3/4 inches by 22 3/4 inches.

2. The maximum height is 20 Amot. An Amah is the length from the elbow to the tip of the middle finger. My Amah is 15 1/2 inches for a maximum height of 25 feet. Others say that 30 feet is the maximum.

3. According to RMBM the Succah can be built to a width of several miles. Shulchan Aruch also says there is no limit on the size of the width.

5. RMBM Hilchot Succah Chapter 4, Section 11. RMBM states that one may construct a Succah by wedging poles in the four corners of the roof and suspending s'chach from the poles. The walls of the building underneath are considered to reach upward to the edge of the s'chach.

6. RMBM Hilchot Succah Chapter 4, Section 8-10 discusses the ins and outs of building your Succah in an alley or passageway.

7. There is a location referred to in the Talmud called Ashtarot Karnayim. According to the discussion there are two hills, with a valley in between where the Sun does not reach. Therefore it is impossible to sit in the shade of the roof of the Succah. I can't find the reference...hopefully next year.

8. RMBM Hilchot Succah Chapter 4, Section 6. You can go into a Succah built on a wagon or a ship even on Yom Tov.

11. This would be a violation of the rule cited in the prior footnote.

12. Shulchan Aruch, Hilchot Succah, Perek 636, Section 1. The Succah should not be built sooner than 30 days before the Chag. However, if the structure is built prior to 30 days, as long as something new is added within the 30 days, the Succah is kosher.

13. Of course it's a well known rule that you must sit in the shade from the roof of the Succah and not in the shade that may be cast by the walls. It seems that this might affect the height of the walls, depending on the longitude of the location where you are building your Succah.

14. Technically, women, servants and minors are exempt from the Mitzvah of Succah. In our day we hope we know better than to read out half the Jewish people from the observance of Mitzvot. Of course, that's just a personal opinion of the author.

15. RMBM ibid Chapter 6, Section 6 explains that you should eat, drink and live in the Succah for the 7 days as you live in your own home. One should not even take a nap outside of the Succah.

16. RMBM ibid, Section 10. If it rains one should go into the house. How does one know if it is raining hard enough? If sufficient raindrops fall through the s'chach (roof covering) and into the food so that the food is spoiled - go inside!
Posted by Bruce Krulwich at 6:28 AM No comments: