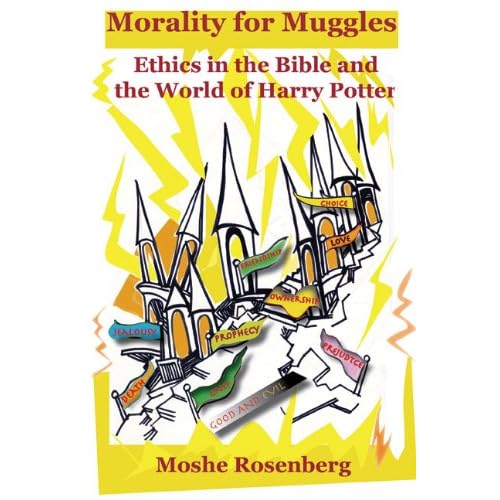 Another book came out connecting Harry Potter to Jewish themes! It's called Morality for Muggles and you can find out more about it (or buy it on-line) by clicking here.
Posted by Bruce Krulwich at 3:02 AM No comments:

The Talmud and the space shuttle's view from space

Hi everyone!  This is not directly related to Harry Potter, but I found it fascinating and thought I'd share it here.

The Talmud (Chagiga 12a) makes a cryptic statement about the creation of the universe: The Hebrew word "tohu" in the second verse of Genesis, usually translated "formless" or "void," is explained by the Talmud as refering to "the green line that surrounds the entire world." Since the year 300 or so when the Talmud was written, most commentaries give metaphorical or mystical explanations, and most people studying it shrug and move on.

Posted by Bruce Krulwich at 3:55 PM No comments: