Harry Potter fans will be interested to hear that pictures of the seventh Harry Potter book, Harry Potter and the Deathly Hallows, have been released by the publishers. 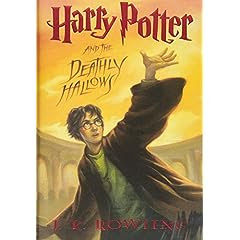 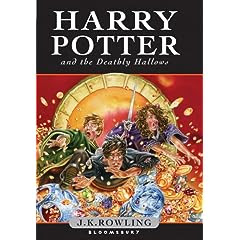 Even more interesting is the UK adult edition cover, shown below, showing the Slytherin locket that Harry knew he had to find at the end of book six. I predicted in Harry Potter in Torah in the chapter "Everything Happens for a Reason," 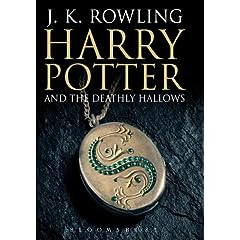 and others have predicted as well, that this will end up being the locket that he already saw in book five in Serius's old house, which Harry now owns but which may have been stolen.
Click here if you want to pre-order Harry Potter and the Deathly Hallows from Amazon:
http://www.amazon.com/dp/0545010225?tag=hpt-20
Posted by Bruce Krulwich at 2:00 AM

Tzipporah, I hadn't seen it, but I did now, and I have to admit I hadn't caught the possible lack of scar.

That said, I don't really like the Harry as Horcrux idea. While we don't really know how horcrux's work, Harry got the scar when Voldemort was trying to kill him, and a baby corpse as horcrux wouldn't be that practical.

Of course, the horcrux spell could have backfired when Harry lived, or something else new, so who knows...